Telecommunications systems and services are witnessing a dramatic change in these years. While in the era of voice based telecommunications the vertical integration of network and service allowed customized standard based solutions, this is no more true

The network is becoming more and more pervasive, the number of different services provided is increasing, and traffic is becoming a mix of streams with many different requirements. In the wireless domain, which is becoming more and more relevant, this is further amplified by the scarcity of resources. Operators run vast combinations of ﬁxed, mobile, and hybrid networks, and the resulting level of technical and operational complexity is enormous. To cope with it, techniques to better understand and manage the network have been introduced through the years.

Resource optimization is being performed exploiting optimization algorithms, game (both cooperative and competitive) theory, and other tools taken from different disciplines. Feedback is introduced to adapt strategies and algorithms, and cognitive systems techniques derived from artificial intelligence and deep learning have also emerged to make the system self-adaptive. Moreover, resources are decomposed in atomic virtual elements which can then be composed dynamically to create virtual and software-defined networks. This is extending to include social relationships among humans and among devices, and to exploit the ability to include resources provided by the users in the optimization loop. Furthermore, most of the network properties cannot be understood by solely studying the features of the individual components (nodes) or interactions (edges). Emergent features are coming out from the underlying pattern of connections, which is mostly stochastic. The appearance of patterns, that are hard to derive based only on the knowledge of the individual network elements, leads to a situation where connection patterns are neither purely regular nor purely random, but rather they are complex.

Given the above considerations, the school aims to present several different approaches and how they can all together be exploited in a holistic view of the network. To achieve this, experts in the different aspects outlined above have been put together to cover theoretical aspects as well as the technology fallouts. As such, the school can be of interest for persons involved in the telecom area as well as for researchers involved in more theoretical aspects of complex networks.

The school is mostly intended for PhD students. 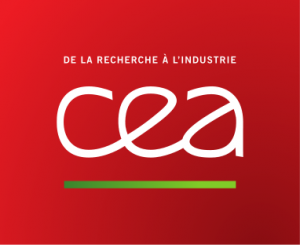